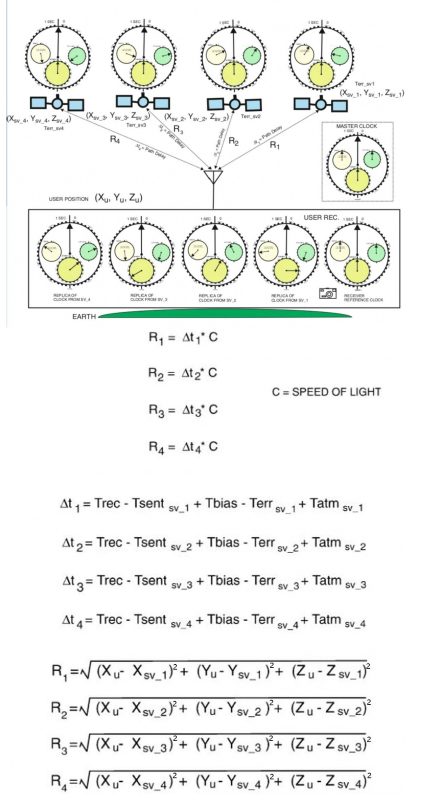 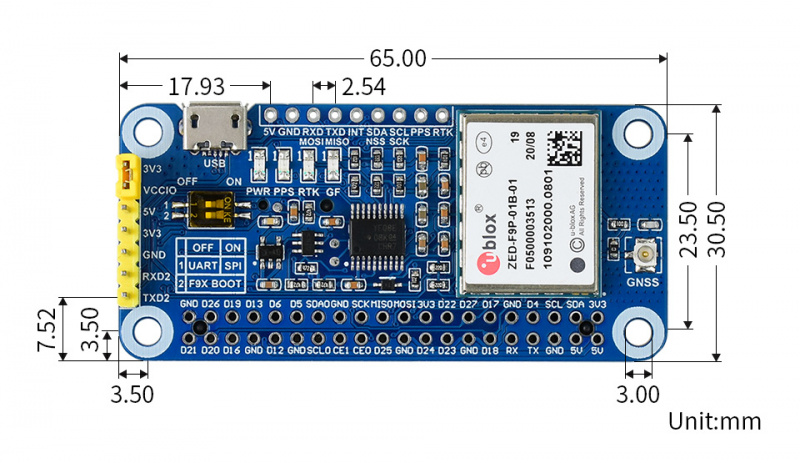 Test it in Windows PC

1. Download and install u-center software and then open it
2. Set the jumpers on A area, assemble GNSS antenna,and set the receiver of antenna on open area outside. Connect the micro USB interface to PC
3. Note that you should set the side without sticker upward, Open Device Manager and check the COM port, connect MAX-M8Q, and use auto-baudrate
4. Power the MAX-M8Q module and set it to 3D mode, select File ->Database Export ->Google Map Html to export file
5. Download Test file, upzip and open it by Chrome browser, import the file which is saved from u-center above to check position information.
6. Please refer to the User guide about how to use the u-center. Open the Raspberry Pi Terminal and configure by commands

Enter the python directory (demo codes), and run the example.

The system clock of personal computers, servers and other equipment will be skewed as shown in the figure below. High-precision clock scenarios will be affected in high-frequency trading systems, automated production lines, etc., while NEO-M8T can achieve coverage in harsh signal environments. It relies on the atomic clock on the satellite to ensure that the accuracy of the clock is not affected by factors such as the network. In this section, NEO-M8T and Raspberry Pi are used to build an NTP server to provide timing functions for devices in the local area network in an indoor closed environment.

4. The installation takes a long time, reboot the Raspberry Pi after installation
5. Open the /boot/config.txt file, jump to the last line, change gpiopin=4 to gpiopin=18, press Ctrl+X then Y and press Enter to save

6.Use the following command to test the operation of pps0, the Raspberry Pi time has already used the time system provided by NEO-M8T 8.For Linux devices, use the following command to synchronize the time Download the demo codes. Open the STM32 project by Keil software, compile and download it to the XNUCLEO-F103RB board, connect UART2 pins to PC and check the information by COM assistance software. Enter the python directory and run the demo, and you can view the information directly on Google Maps If you require technical support, please go to the Support page and open a ticket.
Retrieved from "https://www.waveshare.com/w/index.php?title=MAX-M8Q_GNSS_HAT&oldid=46985"
Hidden category: